Deserts is a Landscape that obtains the enormously low amount of downfall, that mean not support for most plants, Water in the deserts are very rare that can be found in some places only. Most of the Deserts receive very low rainfall in the year. The Deserts are classed as BWh (Hot desert), hot deserts usually have a large periodic and seasonal temperature range, most in the daytime with Hotness. About 33% of the Earth’s surface covered by Desert, most of the desert made by rain shadows and compiled of Sand and rocky surfaces. Antarctic is the Largest desert, but not hot desert, this Place actually one of the coldest places on Earth, in the Season of summer Ice starting to melt and becomes a desert, the surface of the Antarctic is desert and its cold temperature covers Ice snow 100s of feet thicker. Arctic is Cold desert that covers the area of 13,726,937 square km in the region of polar, So Antarctic and Arctic are the Cold Desert and largest in size holds 1st and 2nd position in the top 10 List of Largest Deserts in the World. But Most of the Geological expeditions revealed that Antarctica and Arctic are the Largest Deserts in the World.

The Largest Cold Desert in the World.

Antarctica is the Largest Desert and Cold Desert in the World covers Area about 13,829,430 square kilometers, over 98% of the Antarctic is covered in Ice with 1.6 km in thickness. The Antarctic located in the South Pole. In Antartic, when the atmosphere getting hot in the season the ice caps melts and most of the Place becomes Desert. The Average Temperature in the Antarctic is around -85° C in the winter and 10° C in the summer.

This is the Polar region located on the North Pole (Northern Part of the Earth), arctic is the second largest Desert on the Earth covered Area of 13,726,937 square kilometers. Arctic receives temperature -40° C in the winter and around 15° C in the summer. 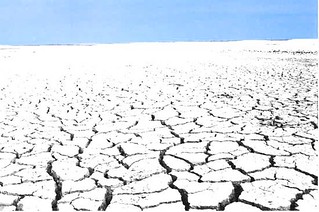 The Largest Hot Desert in the World.

Sahara is the Largest Hot Desert in the World according to total Area covered about 9,400,000 square km, and located in the region of Africa and it stretched through 13 countries. Climate is in this Land enormous variation that very hot and warm in air in the daytime and cold at night. 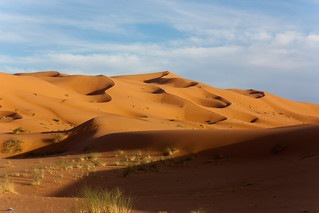 Arabian Desert located in the West of Asia that stretches on gulf countries, Jordan and Iraq with area Covers 2,330,000 square km (length- 2,100 km and width-1,100 km). Arabian Desert almost near to Sahara Desert and the Climate is hot and warm air.

Gobi Desert is located in Northwestern of China and Southern of Mongolia and it stretched 1,300,000 square km and 1,500 km in length, 800 km in width. Temperature in Gobi wandering from –40°C in winter to +50°C in summer.

The Kalahari Desert is located Africa and covering most part of Botswana, some parts of Namibia and South Africa and stretches Area about 900,000 square km, the temperature in the summer ranges from 20° to 45° C and receives average 175 to 250 millimeters of rainfall in the year.

The Patagonian Desert is the largest desert in Americas, located in Southern part of South America and the Deserts stretches land in Argentina and Chile with the total area of 673,000 square km.

The Great Victoria Desert is located in Australia and largest in Australia that comprises Grassland Plains, Small Sand hills and Salt Lakes, the desert covers an area of 647,000 square km and the temperature range from average 36° C in the summer and falls average 21° C in winter.

Syrian Desert is located in Middle East which covers portions of Syria, Iraq, Jordan and Saudi Arabia and stretched its Area about 520,000 square km. The desert consists rocky and flat.

The Great Basin Desert is the largest Desert in USA and bordered some part on Escalante Desert in East and Mojave Desert in South, and covering area of 492,000 square Km.