America is one of the largest Countries in the World and has 50 states. The states and territory of America have a total of 435 seats in the US House. The total population of the country is about 323.1 million (2016) including territories. The 50 states of the USA are divided into 4 divisions by US Census Bureau, the West, the Midwest, the South and The Northeast. Below given a list of States of America with Population and seats in the US house.

The United States of America is the world’s fourth-largest nation both by area and population. It can be divided into three regions: the hilly east, the flat center, and the mountainous west. It is one of the wealthy and developed countries in the world. 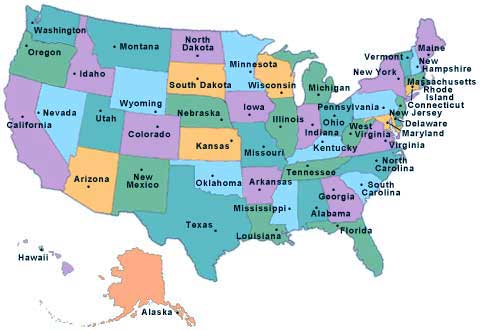