The United States of America (USA) is one of the world’s most populous and largest countries, with several natural wonders. The ranking is based on the waterfalls’ overall height and size, drops, and total water volume.

Several of the world’s largest and tallest waterfalls can be found in the United States. While each waterfall is unique in its own way, picking which is the most beautiful is challenging. The following is a list of waterfalls in the United States, ranked by height and total volume (flow rate), several of which have been officially measured.

Tallest waterfalls in the USA (by overall Height)

Here, the tallest waterfalls are measured by overall height, including total drops.

Oloupena Falls, also known as Olo’upena Falls, is the United States’ tallest and unofficially the world’s fourth-largest waterfall. On the island of Molokai, which is part of the Hawaiian archipelago’s northeastern region, is where it is located. It’s a multi-tiered waterfall that’s only visible in the rainy season (it appears in the seasonal stream).

Puukaoku Falls, located on Molokai, the Hawaiian island, is the second tallest in the United States and the eighth tallest in the world. It is 500 metres east of Oloupena Falls and is narrow and heavily cut.

It is the world’s 13th tallest waterfall in terms of total height and the second tallest by the longest single drop in the world. It’s a horsetail-style waterfall on the Waihilau River in Hawaii’s Waimanu Valley. It has a single 792 meters long drop.

Johannesburg Falls is the world’s 18th tallest waterfall, with a total of 5 drops, a pitch of 59 degrees, and a single greatest drop of 800 feet. This comes within the jurisdiction of Washington’s Skagit County. The Johannesburg waterfalls get their water from the Glacier. From June through October, it falls heavily, with an average water volume of 25 cubic feet per second.

Yosemite Falls, California’s tallest waterfall, is located in Mariposa County. It has a total of six drops, each having an average width of 30 meters and an 85-degree pitch. It flows for eight months of the year, with an estimated average water volume of 250 cubic feet per second.

Largest waterfalls in the USA (by Volume)

The largest waterfalls are measured by volume (flow rate in CFS) which includes total drops.
CFS= Cubic Feet Per Second

It is the largest waterfall in the Pacific Northwest and the world’s sixth-largest, at 1,500 feet wide and 40 feet tall. It’s halfway between West Linn and Oregon City. Willamette Falls is in a horseshoe shape and has a flow rate of 30,849 cu ft/s.

The Portland General Electric company was founded in 1888 with the goal of constructing a hydroelectric power plant near the falls, now its not operatinal and original plant’s foundations are still visible. The T.W.Sullivan Plant (New plant, formerly Station B) is still in service and has a capacity of 16,000 kilowatts.

This is a well-known waterfall in the United States, located 15 miles from Washington, DC in Montgomery County, Maryland. The big falls of the Potomac River are sometimes known as the “Great Falls of the Potomac.”

Outdoor sports like as kayaking, whitewater rafting, rock climbing, and hiking are popular in the Great Falls region.

In Montana’s Lincoln Country, you’ll find the Kootenai Falls. With a height of 55 feet (including the biggest single drop of 30 feet) and a width of 1,000 feet, it is one of the largest waterfalls in the United States. Kootenai Falls is also known as ‘Kootenay Falls.’ 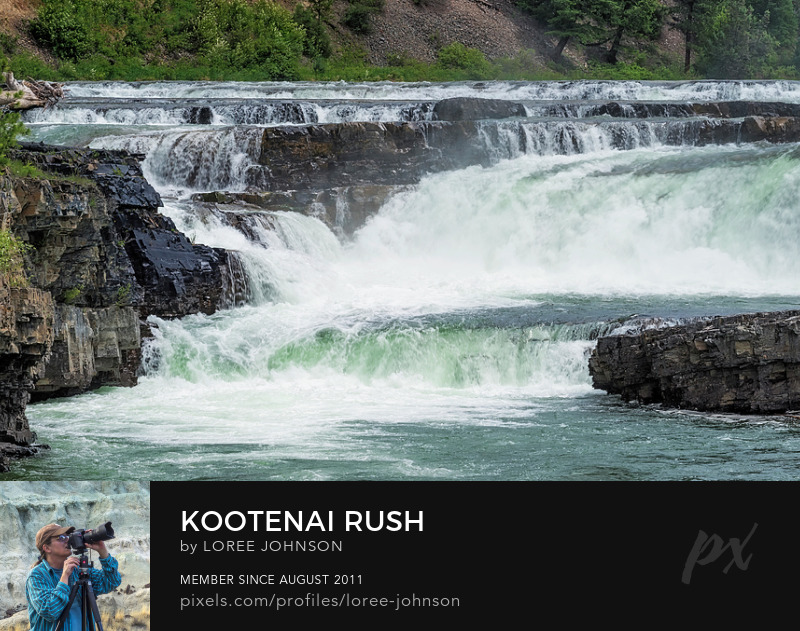 Sandstone Falls, the biggest waterfall on the New River, is 1500 feet wide (one of the widest waterfalls in the USA). The waterfalls vary in height from 10 to 25 feet.

Inundated largest Waterfalls in the US

These waterfalls formerly existed and have since been flooded beneath the waters impounded behind a dam.