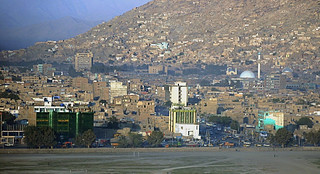 Afghanistan is one of the Poorest Countries in the World, and Covered with the War and Violence, the population in the country was about around 26 million conducted by the Afghan Central Statistics Office that census occurred recently. There are many small Cities and Towns, Kabul is the Largest City in Afghanistan and that has a population 3,071,400 as of recent survey, other cities are very smaller than Kabul that Kandahar which is the second largest with a population of 468,200, and Herat is the third largest. The estimates are from a 2006 survey by the Ministry of Rural Rehabilitation and Development of Afghanistan.

The Following 14 Major Cities of Afghanistan are ranked in the list on total Population of the Cities.

30 Countries by the total length of waterways

Coldest Cities in the United States