Africa holds 54 countries with many different languages and 36% of the people living with less than US$1 per day. Congo is the Poorest Country in the world with an annual income per Capita is the US $300. In the recent survey, Africa became the fastest growing economy in the world (some parts of the continent), but some of the countries still not centering on development. Burundi was the poorest country in the world, but its income rose from $300 to $400 in the year 2011 estimated. 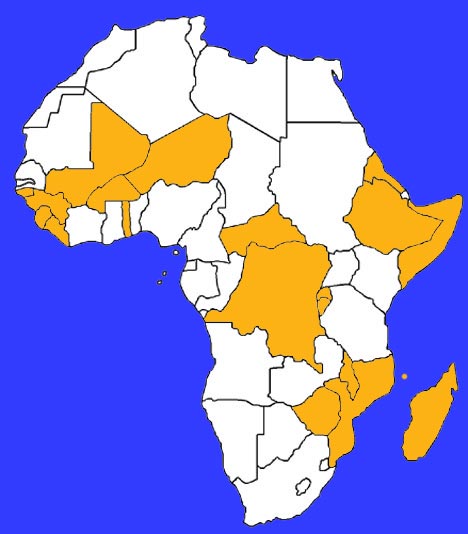 Note: The list above of Poorest Countries in Africa is the report of CIA World fact Book and estimated GDP per capita from 2010 to 2011.

Top Countries by Most Death Rates in the World