India is one of the largest country in the world with deep history, there are thousands of Monuments and buildings that shows the creativity of the people of Dynasties who ruled the Sub continent of India. Thousand of amazing monuments and structure in India that noted from UNESCO World Heritage Sites and some of them are largest and best in the World.

Hampi was capital of Vijayanagar and one of the greatest Empire of Hindu in India’s History. Hampi is located in Karnataka and accessible easily by road and train. This is the place of 14th century with more than 500 great monuments, almost of them are made by rocks, this of the noted Historical site by UNESCO. 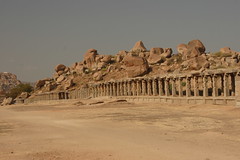 As one of the wonders of world is the memorable structure built by Shah Jahan the Mughal emperor. This is the popular structure in the world that built in 1630 AD and it took 22 years, 20,000 workers to build. Taj Mahal located in the city of Agra in Uttar Pradesh State. 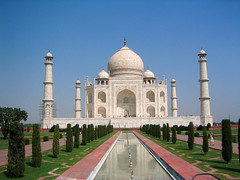 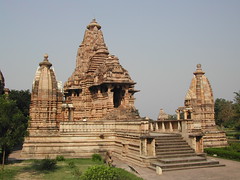 These caves are located in Aurangabad district of Maharashtra and built around 600 CE. Ajanta caves include sculpture and paintings believed to be masterworks of Buddhist spiritual art. Ellora well known for its monumental caves, rock cut temples, viharas and mathas. There are total of 34 caves of Buddhist, Hindu and Jain in Ellora. Ajanta and Ellora is listed in UNESCO World Heritage Sites.

Fatehpur Sikri is the famous city in Agra District of Uttar Pradesh State. This Palace built in 1500 by Hindu Sikriwal Rajput Rajas. The artifact used in all the buildings at Fatehpur Sikri, palace-city complex, is the locally exploited red sandstone and it secured by five miles long fort wall with many Gates. 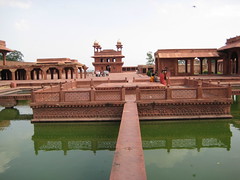 This is one of the popular religious sites in Gaya District of Bihar State. Bodhgaya associated with the Temple Complex, the Mahabodhi temple is the tallest stands 55 metres tall. Gautham Budha is believed to have received enlightenment in Bodhgaya. 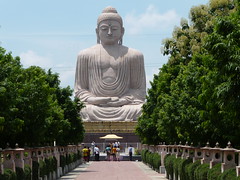 This Sun Temple located in Konark of Orissa State and built in 1238-1250 CE by King Narasimhadeva. It was built from oxidized and braved ferruginous sandstone. The Temple listed in UNESCO World Heritage Site and one of the renowned temples in India. It is Popular for its Rock carving and rich architectural heritage. 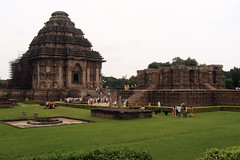 Sun Temple from dommo one

It is the tallest Minaret in India with height of 72.5 meters and holds 379 steps to reach the top from inside. Qutub Minar wa built in 1192 by Iltutmish (Began by Qutb ud din Aibak). In the complex of qutub Minar encircled by ancient and gothic structures and ruins. 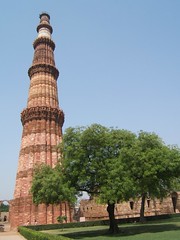 This is one of the largest and beautiful forts in India built in 1573. Designers laid the foundation and it was built with bricks in the interior core with sandstone on outside surfaces. Around 1,444,000 constructors worked on it for eight years. 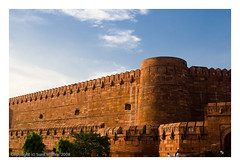 Hawa Mahal means Palace of Winds is the Palace in Jaipur of Rajasthan State, It was built in 1799 by Maharaja Sawai Pratap Singh. The five story exterior with its 953 small windows, it is built by redand pink sandstone. 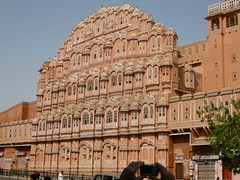 This is the Hindu temple located in the side of the river Vaigai in Madurai of Tamil Nadu state. The Meenakshi temple dedicated to the Goddess Parvati. This temple one of the most visited place in India and one of the largest temple in India. This temple built during 1623 to 1655 CE, it was in the list of top 30 nominees of the new wonder of the world. 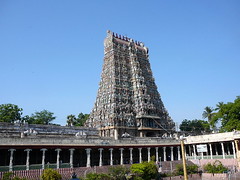 Top 10 Largest Rivers in the World

Top 10 Largest Deserts in the World