The list below is ranked by largest Banks in the region of Asia, most of the banks in the top list goes to China. Banks are the commercial mirror to the all business activities in the world, nowadays every human need Bank Account who living with modern civilization for business communications. Banks are using high technologies in their services like online transaction, Credit Cards, Easy money transfers, Debit Cards. The largest Banks in Asia are based on the total branches, Total assets and total employees. The listings of top Largest Banks in Asia are update of 2011 and 2012.

Kookmin Bank shortly known as a KB, is the largest bank by total asset and market capitalization, Founded in 1963.

This is the largest bank in India, it is public banking and financial service state owned Government Company, headquartered in Mumbai in India and founded in 1955. It has 222,933 staff in around the world with 13,000 outlets including 150 overseas branches. SBI is one of the most reputed companies in the world according to Forbes Magazine. 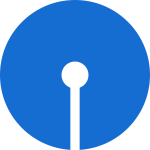 Shanghai Pudong Development Bank is a joint stock commercial bank, headquartered in Shanghai and founded in 1993. It employed above 31000 staffs and has net income $418 million as on 2006.

This is one of the largest banks in China, headquartered in Shenzhen and founded in 1987. It has over 500 branches in China.

This Banks is the third largest in the world based on total employees, headquartered in Beijing in China and founded in 1912 and oldest Bank in China. Bank of China has 389,827 employees in china and overseas and the Total assets of this bank are 1.723 Trillion dollars. This Bank is owned by Government of People’s Republic of China and listed top in the Profitable Bank in the World.

This Bank is the Public Finance Company, Agricultural Bank of China is the world’s largest Bank by Total number of employees, main office situated in Beijing in China and founded in 1951. This Bank has 441,144 employees, it has over 24,000 branches.

This is the fourth largest bank in the world situated in the Beijing of China founded in 1954 also one of the most profitable bank in the world with profit of 19.92 billion. China Construction Bank has 311,222 employees in china and worldwide, the total asset of this bank is 1.64 Trillion Dollars. This Bank has 13,629 domestic branches and it maintains overseas branches in the cities of main some countries. China Construction Bank is second largest in the world by Market Capitalization.

This is the Second Largest Bank in the world by total number of employees, the Total employees working in ICBI banks are 394,801. The Total asset of this bank is 2.04 trillion dollars, net income – 24.39 Billion. The ICBC Bank headquartered in Beijing in China which is founded in 1984. This Banks served its services worldwide with over 18,000 outlets and 106 overseas branches. It is also the largest bank in the world by Profit and Capitalization.