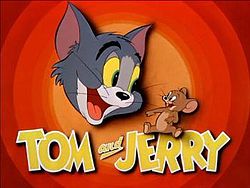 Tom and Jerry is series of Animated Cartoon films created and directed by William Hanna and Joseph and distributed by Metro-Goldwyn-Mayer. Hanna and Barbera wrote, produced and directed ultimately 114 Tom and Jerry Shorts between 1940 and 1957. The Characters in the films is A Cat (Tom) and A Mouse (Jerry). The Tom & Jerry Cartoon Series have many records such as most successful Cartoon, Still running successfully from over 75 years, Highest earned Cartoon film. The Animated Cartoons released under Theatrical Shorts, Television Shows, Packed Shows, Television Specials, Theatrical Films and Direct to Video films. The first Animated Cartoon film of Tom and Jerry on January 1940 titled ‘Puss gets the Boots’. The series of Tom & Jerry films Animation which is started from 1940, Some of the Animators worked for most of the Tom & Jerry Cartoon they are Kenneth Muse, Ed Barge, Richard Bickenbach, Don Patterson, Michael Lah, Pete Burness, irven Spence, Jack Zander, George Gorden, Bill Littlejohn, Bob Alien, Toy Pabian, Carl Urbano. The Tom and Jerry Episodes is about 162 from 1940 to 2004, in 2006 the Tom & Jerry Tales released with 26 Episodes.