Argentina is the country in South America and eighth largest country in the world, the income from oil is not much comparing to the other sectors of income sources. Argentina imports Crude Oil from other major oil reserved countries and has refineries to separate the crude oils. La Plata Refinery is the largest Oil refinery producing 189,000 barrels per day of oil which operated by YPF company, Buenos Aires Refinery and Lujan de Cuyo Refinery are the second the third largest refinery with production of 110,000 and 105,500 barrels per day respectively. 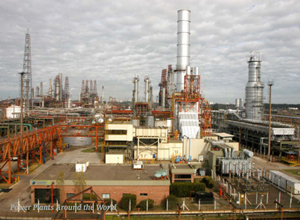 Top Largest Buildings in the World by Largest usable space