This is in the Dubai Mall and operated by Oceanis Australia Group, This in the list of Guiness World Record for the world’s largest Acrylic Panel that in the area of 32.88 m wide, 8.3 m high, 750 mm thick and weighing 245,615 kg. It gives clear view of over 33,000 marine animals on display.

This is also called Al Mahara situated inside the Burj Al arab 5 Star Luxury Hotel. It is the large sea water aquarium for marine animals and holding about 990,000 liters of water in the tank. This tank made of acrylic Glass to hold the water pressure and the glass thickness is about 18 cm.

This aquarium situated in the Atlantis 5 star resort, it holds 11 million litre aquarium. This Aquarium kept whale shark and by the campaigns to have whale shark released back into the ocean, the whale shark was released to ocean in March 2010. 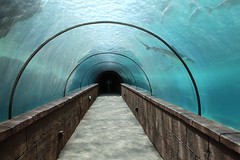 This is Aquarium restaurant with delicious sea food and seafood prepared in the open kitchen that offers views of the chefs in action. 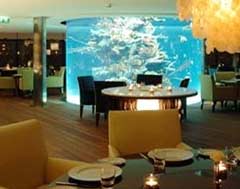 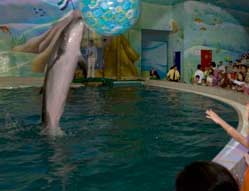 Dubai Dolphinarium is the place with lot of programmes and exciting interaction with the dolphins. This Dolphinarium has Education and Event options like Kids Activities, Birthday parties, School Field Trips, Arabesque dance schools.

4 Popular and Crowded Beaches in Dubai