Below are the Noted Major Battles and Wars of the World from 490BC to 2003.

Naval forces of the Roman king Octavien defeats the combined force of Mark Anthony and Cleopatra.

A battle between England and Normans. King Harold of England was defeated and England brought under Norman control. 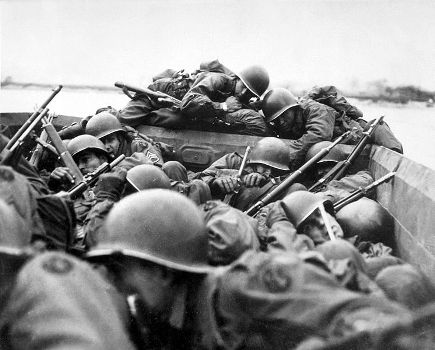 Alexander Newsky of Russia defeats Swedes on the bank of river Neva.

A war between France and England. This was ends by the sacrifice of Joan of Arc.

This was the war between Valois dynasty of France and Hapsbugs for the control of Italy. In this war result was inconclusive.

This Civil war was fought between the forces of king Charles I and Parliament forces due to policy differences.

In the battle of Blenheim England and Austria defeated the French and Bavatians.

In this war of independence George Washington defeats the English forces and America becomes independent state.

A naval fight between British and French forces in Aboukir bay, near Alexandria. British forces won the battle.

Comined forces of Britain, Holland, Belgium and Prussian led by Duke of Wellington defeats Nepolean was captured and exiled to St.Helena.

This war was fought between Russia and combined forces of England France and Turkey. Was ends as Russia offers peace.

This civil war was fought between Northern and Southern states America.

Boer war was fought between British forces and Dutch forces in South Africa.

In this war China was defeated by Japan and Japan Occupies Formosa and Korea.

This was also called as Battle of Sea of Japan. In this war Russian fleet defeated by Japanese fleet.

The allied forces of Britian, France, USA etc., defeated Germany and its associates.

The naval battle between Britian and German navies in North sea during 1st world war.

The war between North Korea and South Korea and due to UN intervention situation was controlled.

In this war Isreal defeated combined forces of Egypt, Syria and Jordan.

The Iran and Iraq war was fought during the period 1980-1988. It was stopped due to UN Intervention.

The American and Britain forces wages war against Iraq to disarm Iraqi President Saddam Hussian from mass destructive weapons. The war ends with the fall of President Saddam’s regime.

7 Wonders of the Medieval World

7 Wonders of the Ancient Period in the World

14 Top Historical Sites and Places in the World