This Bank is the Public Finance Company, Agricultural Bank of China is the world’s largest Bank by a total number of employees, main office situated in Beijing in China and founded in 1951. This Bank has 441,144 employees, it has over 24,000 branches.

This is the Second Largest Bank in the world by a total number of employees, the Total employees working in ICBI banks are 394,801. The Total asset of this bank is 2.04 trillion dollars, net income – 24.39 Billion. The ICBC Bank headquartered in Beijing in China which is founded in 1984. This Banks served its services worldwide with over 18,000 outlets and 106 overseas branches. It is also the largest bank in the world by Profit and Capitalization.

This Banks is the third largest in the world based on total employees, headquartered in Beijing in China and founded in 1912 and oldest Bank in China. Bank of China has 389,827 employees in china and overseas and the Total assets of this bank are 1.723 Trillion dollars. This Bank is owned by Government of the People’s Republic of China and listed top in the Profitable Bank in the World.

This is the fourth largest bank in the world situated in the Beijing of China founded in 1954 also one of the most profitable banks in the world with a profit of 19.92 billion. China Construction Bank has 311,222 employees in china and worldwide, the total asset of this bank is 1.64 Trillion Dollars. This Bank has 13,629 domestic branches and it maintains overseas branches in the cities of main some countries. China Construction Bank is second largest in the world by Market Capitalization.

HSBC spread their services in 7,500 offices in 87 countries and territories, headquartered in London in the United Kingdom and founded in 1991. HSBC employed 295,995 staffs worldwide, the total assets of this company is 2.54 trillion dollars with a profit of 13 billion dollars.

Bank of America Corporation is the Public Banking and Financial Company founded in 1998, headquartered in North Carolina in the United States of America. It has 57 million consumers, 5,900 banking centers and over 18,000 ATM’s worldwide. Bank of America has 288,000 employees worldwide and has 2.26 trillion dollars in total assets.

Wells Fargo is the Public Banking and Financial services company, situated in San Francisco, California, United States and founded in 1852. It has over 9,000 branches, over 12500 ATM’s, 70 million customers. It is one of the top banks in the USA and has profits about 12 billion dollars on 2010. Wells Fargo is one of the oldest companies in the USA which is founded on March 18, 1852. It has 270,000 employees all around the world as on 2010. 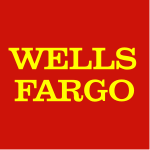 Citi Bank headquartered in New York in the USA and founded in 1812, this is the Public Banking and Finacial service Company. It has 260,000 staff around the world and 200 million customers in more than 140 countries. The Total Assets of this bank is 1.91 trillion and net income 10.91 billion. 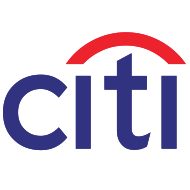 This is the largest bank in India, it is public banking and financial service state-owned Government Company, headquartered in Mumbai in India and founded in 1955. It has 222,933 staff in around the world with 13,000 outlets including 150 overseas branches. SBI is one of the most reputed companies in the world according to Forbes Magazine. 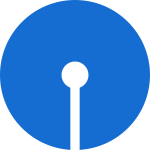 Countries by Largest Exports in the World

List of Major Banks and Financial Services in Saudi Arabia

Countries by Largest Imports in the World