Since alcohol was created around 10,000 BC, societies have had very few options when it comes to choosing spirits. When the Romans were on a campaign against the barbarian tribes, they had few options. When Ghengis Khan was invading Chinese lands, he only had minimal options of alcohol. Because of the necessity of alcohol, different regions have developed their own alcohols based on what they had. These are some of the products.

Unless you’ve been to the heart of the central Asian steppes, you’ve probably never heard of kumis. It’s a fermented dairy product that’s normally made from horse milk. Kumis is popular in Kazakhstan, Kyrgyzstan, Mongolia, and also some cultures in Russia and China. This is generally a low-alcohol product that people consume at cooling temperatures. It tastes like a sour dairy product with a little bit due to the alcohol in it.

Historically, the kumis was a popular drink because female horses would live alongside the nomads who traveled the steppes. It’s famous for being the drink of Genghis Khan and Attila the Hun, two famed Asian conquerors, though people have consumed kumis even before the fifth century A.D. when Attila the Hun was rampaging through Asia. The Greek historian Herodotus tells stories about kumis being consumed by the ancient armies of Scythia. Throughout history, mare’s milk was stored in a leather pouch on the side of a horse, which mixed the substance as it fermented over the course of a couple of days. 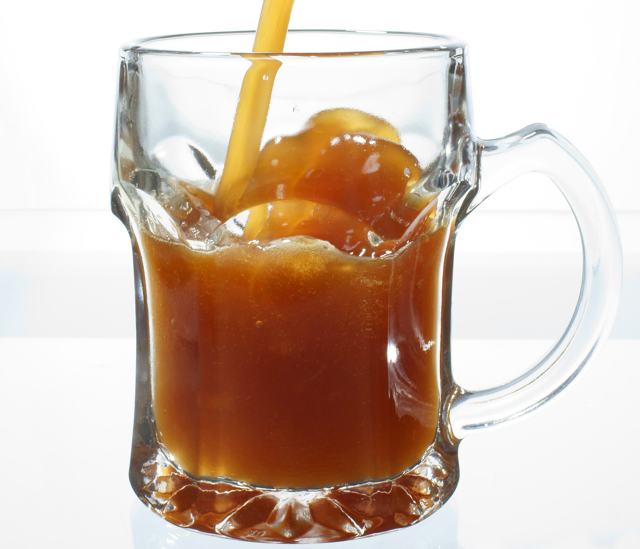 Kvass is a low-alcohol drink that is produced from fermenting black rye bread. In Russia, it’s not even considered alcoholic because the alcohol content is so low. Drinkers frequently mix it with fruits to add some flavour to it. Slavic and Baltic cultures including Russia, Poland, Latvia, and Lithuania most commonly consume the drink.

Historically, distillers first brewed kvass in medieval times. It was first mentioned in the 10th century. Throughout history, it has been one of the most consumed beverages in Eastern Europe, even more than water. In fact, poor people in Slavic areas often used kvass to cook with and would drink it as much as water. Especially since the fermentation process in kvass killed potentially harmful bacteria that could linger in unfermented drinks such as water.

This is a liquor that is distilled exclusively in one region in India. It’s a small state called Goa and it sits on the Arabian Sea on India’s west coast. There are two types of feni, cashew feni and toddy palm feni. Feni is generally served neat (without mixers or ice) or over ice, although some people also mix it as part of cocktails. It’s generally somewhere above 40 per cent alcohol by volume.

Cashew feni is popular on the Indian coast. When Brazilians brought cashews from South Africa to India, likely in the seventeenth century A.D., the people of Goa decided to distil the cashews and make alcohol out of them.

This alcohol, hailing from the Mediterranean region, is created using mastic, a resin from the evergreen mastic tree. It is a liqueur that generally sits in the range of 40 per cent alcohol by volume. It’s most commonly consumed in Bulgaria, Macedonia, Romania, and Greece. Greece has its own variation called mastiha, which is native to the island of Chios.

Historically, people have used mastika as a chewing gum called mastic gum. From around the fifth century B.C., Greeks and their visitors have chewed mastika for recreational purposes and to give them fresh breath.

Today, mastika is a common drink normally served cool or cold. Its name is related to Greek and English words related to chewing and gnashing, such as masticate, which means chew.

If you’re familiar with Chinese culture, this drink might be familiar to you. It’s one of the most consumed liquors in the world solely because it’s so common in China. But if not, baijiu is a clear liquor that is made from grain. It’s usually somewhere between 40 and 60 per cent alcohol by volume or 80 to 120 proof. It’s generally served at room temperature or warm.

Baijiu is an extremely old liquor. Manufacturing of baijiu began hundreds of years ago, though the Chinese have been brewing alcohol in some form for more than 5,000 years. While Asian liquors have been around for a while, Chinese baijiu is stronger than many of the other popular spirits brewed in nearby countries. This includes the Korean soju and the Japanese sake.

About the author: Josh Drzewicki is a writer who has written about the best alcohol rehabs and other topics. In his free time, he enjoys long walks through the city while listening to NPR podcasts.

Note: Drinking alcohol at any level is injuries to health, could cause a higher risk of stroke, fatal aneurysm, heart failure and death